The ultimate travel guide to Palmizana

Palmizana is a cozy, small settlement and tourist resort on the Croatian island of St. Clement, part of the Pakleni islands archipelago.

Palmizana is a number one destination to retreat from the busy life of Hvar. To learn more about Hvar, we have prepared a blog with 11 best things to do on Hvar Island.

Moreover, Palmizana is also a local name for the Island of St. Clement, where this settlement is situated. Palmizana is often called “The Island of the Rosemary” because it blossoms several times a year on every single hill of the island, filling the air with a delightful scent. 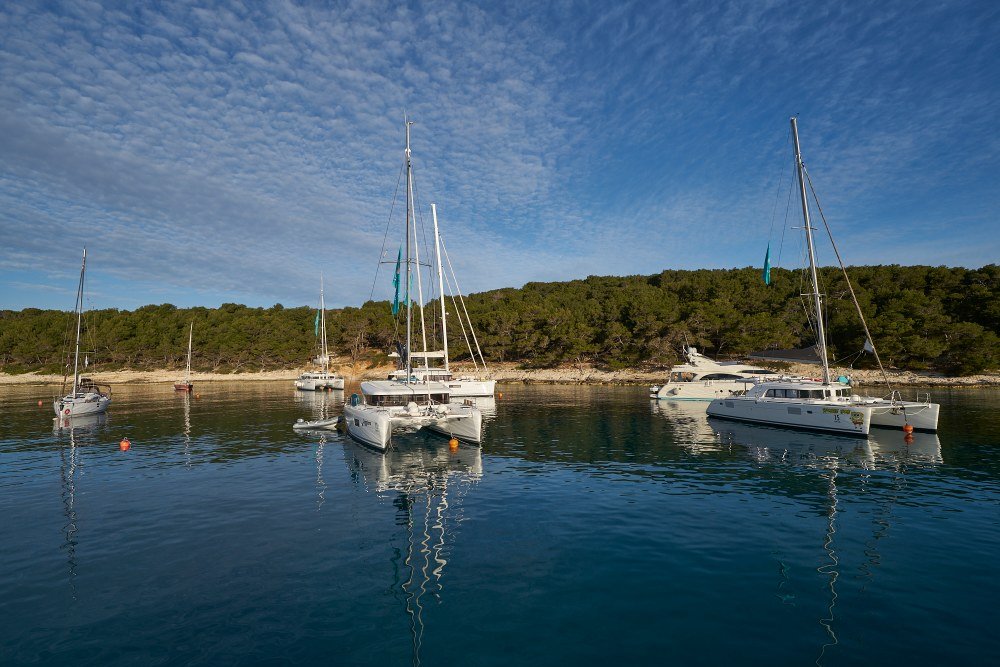 Fun fact: Although the Pakleni Islands resemble heaven, their name has a completely different meaning. In the Croatian language, Pakleni Islands translate as Hell’s islands. The name derives from the noun „paklina“ which in this case refers to the pine resin once used to coat ships, known for being „black as hell “.

Yachters particularly love to visit the Island of Jerolim or the Island of Marinkovac. On Jerolim there is a famous naturist beach with showers and restaurants. Another exclusive naturist beach is in Stipanska bay on Marinkovac. In addition to this, there is also the famous club “Carpe Diem” in Stipanska bay. On the other side of Marinkovac is Zdrilca bay, with a few sandy beaches and restaurants that offer exquisite Dalmatian cuisine. If you are up for some snorkeling, dive into the marvelous underwater.

The Island of St. Clement is the largest island of the group and the main area of Pakleni Islands at the same time. St. Clement consists of 3 settlements, Palmizana, Momica Polje, and Vlaka. 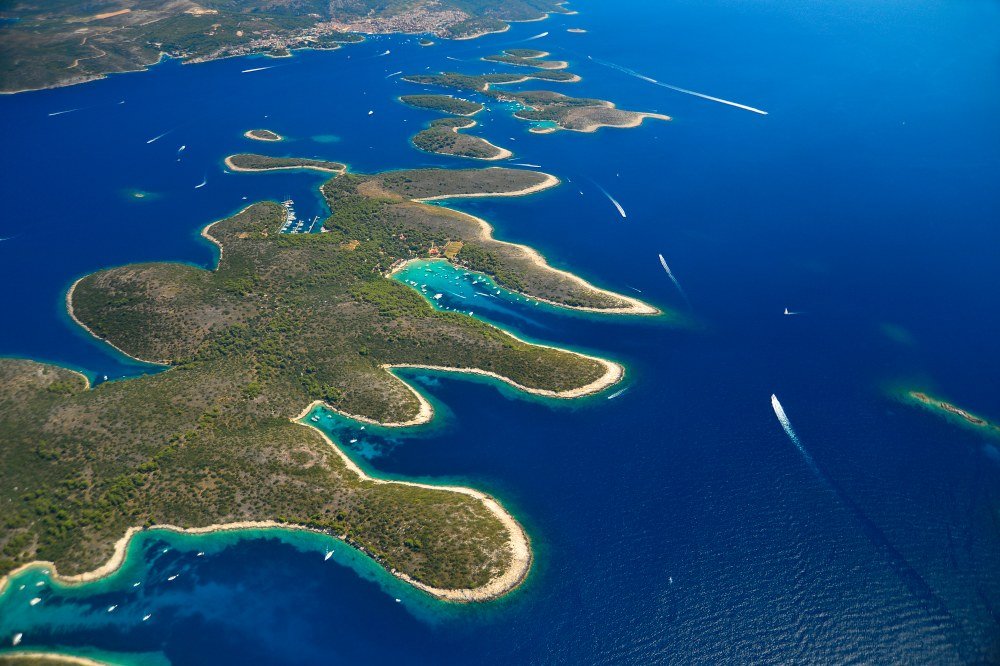 Tip that may come in handy for you

When cruising alongside the Pakleni Islands, you can visit the anchorage and mooring field between the islands Marinkovac and Planikovac. It provides adequate protection in settled weather. 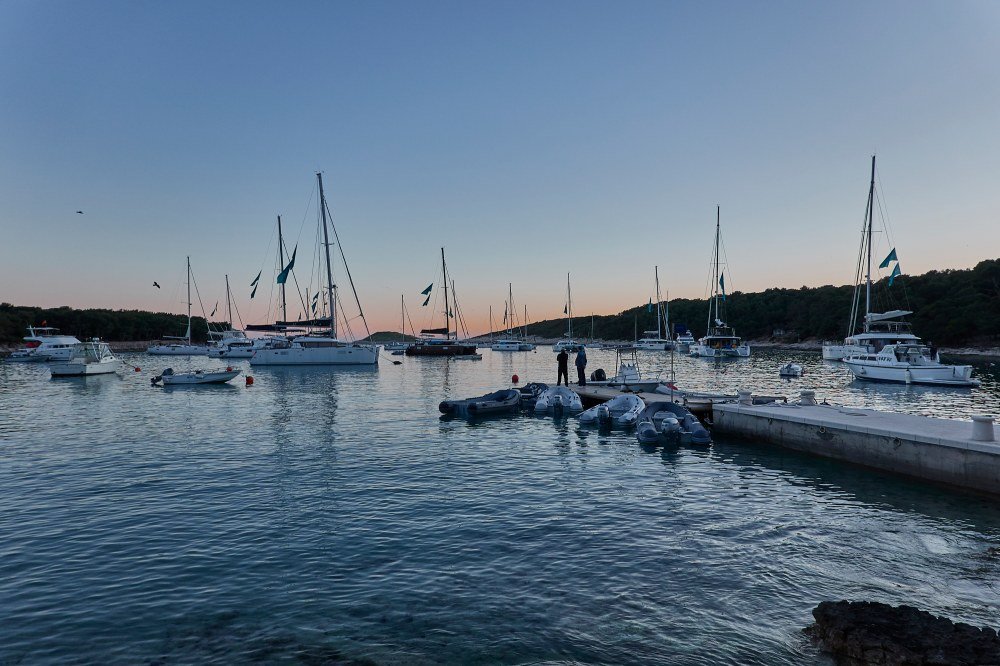 Places to anchor your boat on St. Clement

Firstly, you can moor in the deep Vinogradisce bay. However, in high season this place is usually filled with yachts. On the other side of the island, approximately 2.4 NM from Hvar, there is the ACI Marina Palmizana.

ACI marina Palmizana is open from early April to late October. The marina has 211 berths, all of them are getting water and power supplies. Beware that to the north, in front of the entrance, is the rock called Baba. This rock is visible only during low tide.

The reception desk at the marina exchanges currency. There is also a restaurant, café bar, a tiny food store, playground for children, and toilet and shower facilities at the marina and it’s fully covered by WiFi. If you are planning your cruise to Palmizana during the peak summer season, make sure to reserve your spot at the marina via my-sea or ACI marina App.
And finally, another place where you can anchor on St. Clement is in Vlaka bay.

What does Vlaka have to offer?

Vlaka is home to vineyards, the remains of a Roman spa, and magical mud used by locals to heal their skin. The beach in Vlaka is called Soline. Anchor in the eastern part of the bay. There are a few buoys in the north of the bay, too. Roman settlers were using the beach for spa purposes and the remains are still visible today. 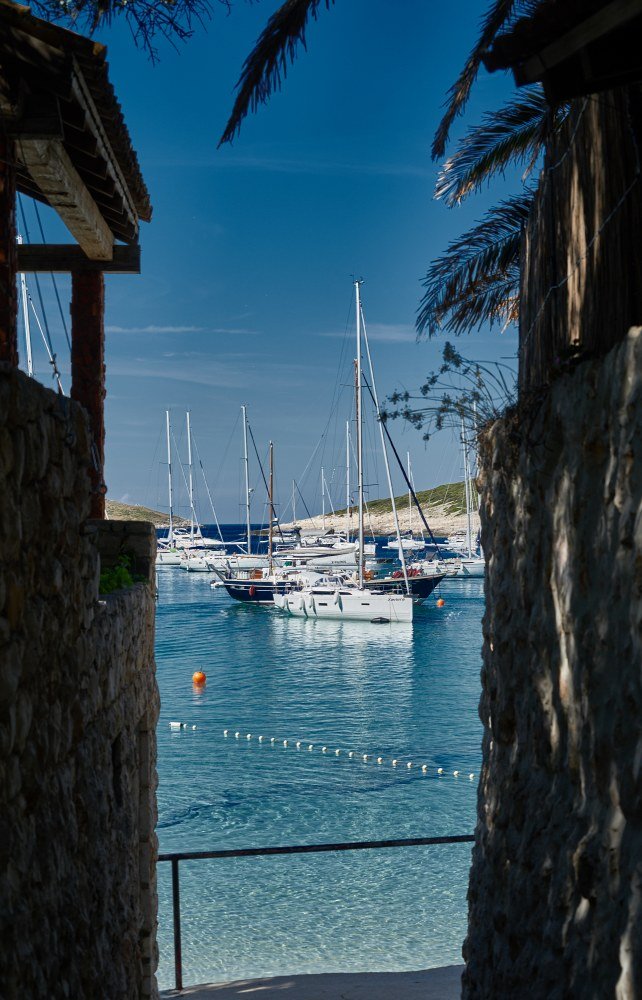 Palmizana is without a doubt one of the best places in Croatia for enjoying the true Dalmatian cuisine. Relish in the fresh daily catch on your plate here. Plus, numerous local vegetable gardens supply restaurants in Palmizana on a daily basis. Here is a list of restaurants highly recommended by our clients (not in any specific order).

Toto’s has a more botanical vibe. Enjoy a view out over the bay and smell sage, rosemary, lavender, basil, and many other plants.

Meneghello’s Restaurant presents wonderful pieces of art to you. Both Toto´s and Meneghello´s are operated by the well-known Meneghello family.

If you are up for a cocktail on the beach, make sure to visit Laganini Lounge Bar where the sounds of music intertwine with the calming sound of waves. The lounge is modern with a rustic feel. Reach the bar by boat and moor there for free if you plan on dining or drinking there. There are also numerous buoys. Check out the menu on their website. 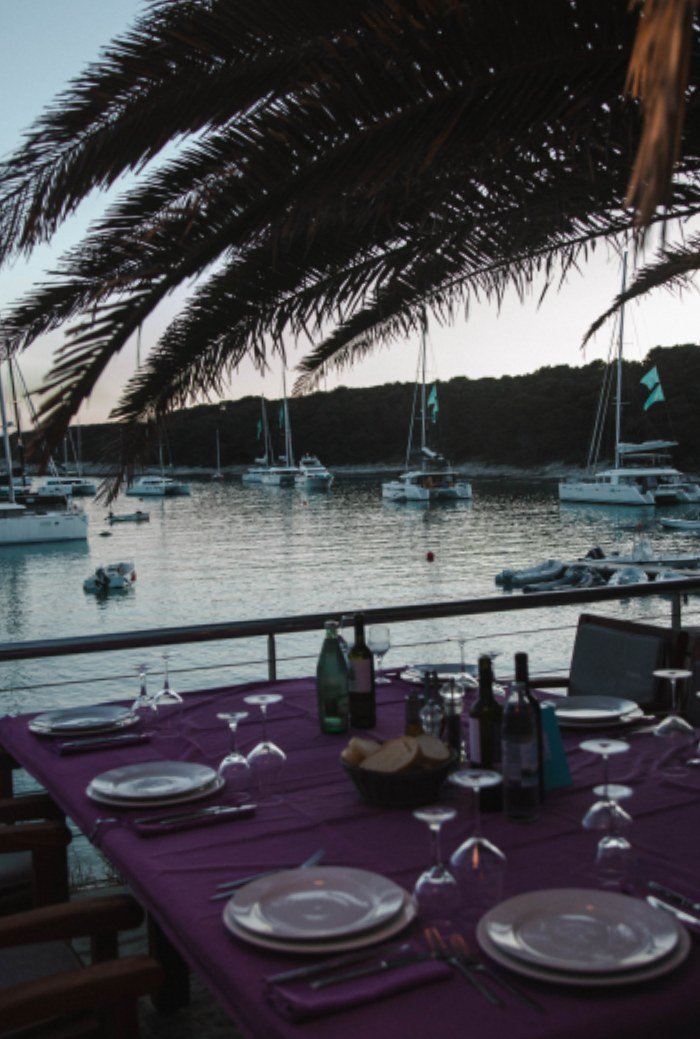 A piece of paradise

Apart from its exquisite cuisine, Palmizana is famous for botanical gardens as well. The Menghello family has begun to plant various exotic species from all around the world in Palmizana, which resulted in a stunning botanical garden. On top of that, Palmizana has a lot of natural trails, so you can ramble around after a filling dinner for as long as you want. 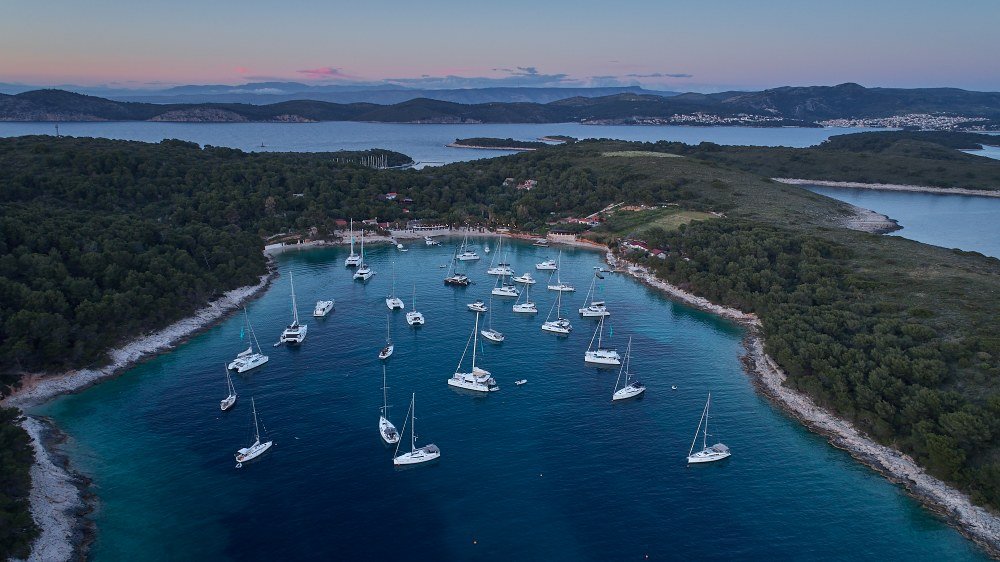 In Palmizana bay there is a narrow beach with deck chairs for rent. There is white sand at the sea bottom and it is relatively shallow. Besides, a net is protecting the beach, so no boats are allowed to enter the beach area.

If the main bay of Palmizana is not calm enough for your taste, there are a few hidden bays only a short distance away. For example, right next to Palmizana is Perna bay. It is a very quiet, uninhabited place without loud music or beach bars. Apart from this, it is the only sandy beach on the Pakleni Islands.

If the Vinogradisce bay and Luka Soline are way too crowded, a good alternative might also be a neighboring bay, the so-called Store-Stone Beach with the seabed suitable for anchoring.

Are you ready to start sailing?

Reach out to our charter team and start your dream cruise to Palmizana! It’s simple, just fill in the contact form below.